Bitcoin (BTC) Briefly Falls Under $40,000 for First Time Since September

On Jan 10, BTC created a long lower wick and bounced. Wicks are often considered signs of buying pressure. This particular wick transpired right at the $41,000 horizontal area, validating it as support once again. This support level has been in place since August 2021. In order for a bullish BTC structure to remain intact, it’s imperative that the price continues to trade above this level.

Technical indicators are still bearish, but the RSI has moved above 30 (green icon). The RSI is a momentum indicator, and while readings below 50 are still considered bearish, the increase above 30 is a partly bullish sign. 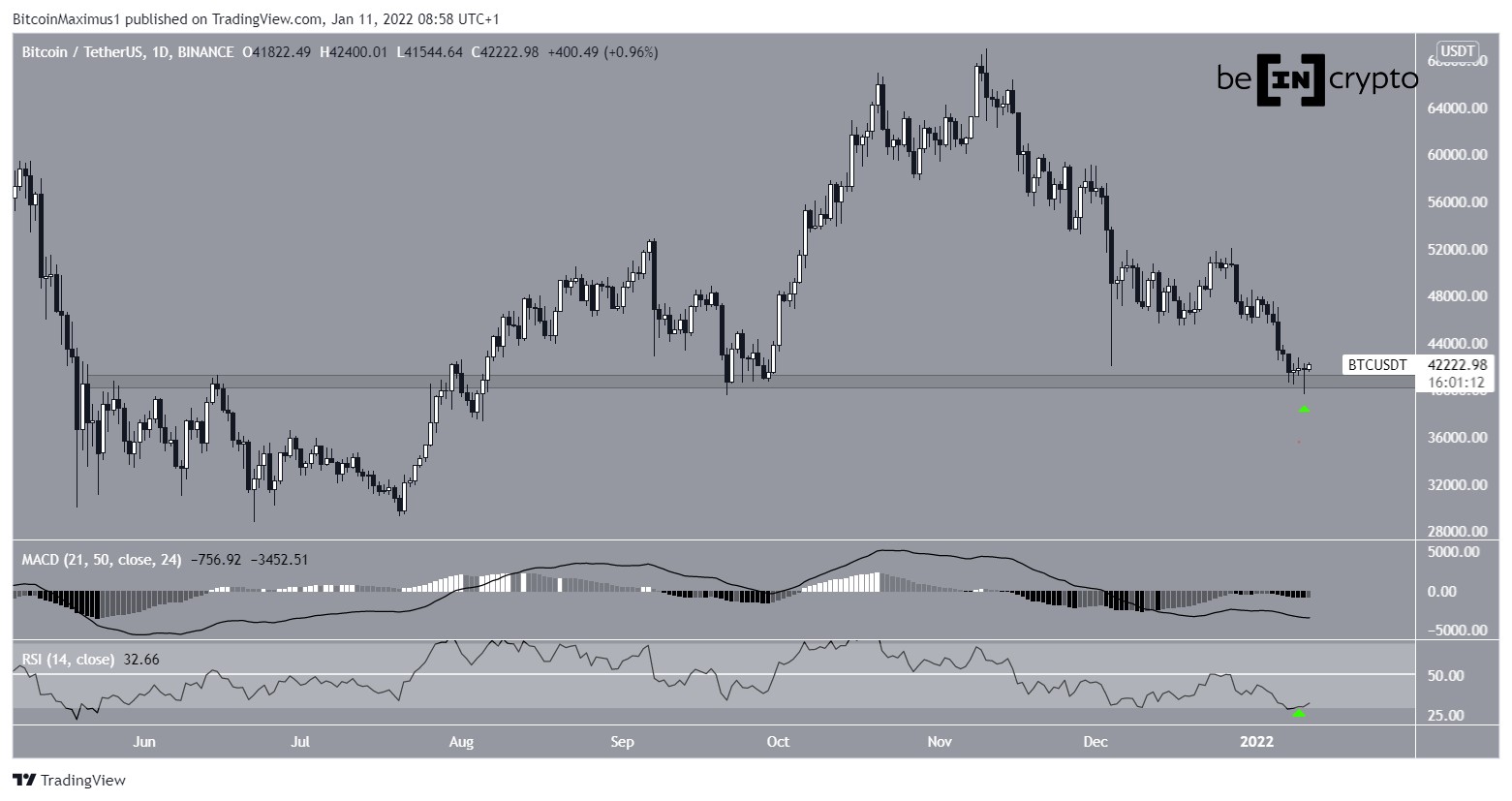 The six-hour chart shows that BTC is trading inside a descending parallel channel. This is usually considered a corrective pattern, meaning that a breakout above the channel would be eventually expected.

If a breakout does happen, the closest resistance area would be found at $45,900. This target is the 0.5 Fib retracement resistance level.

The MACD and RSI are both moving upwards, and the former is nearly positive.

Finally, BTC has reclaimed the Dec 4 lows (red line) after deviating slightly below them. This is another bullish development that often leads to upward movements. 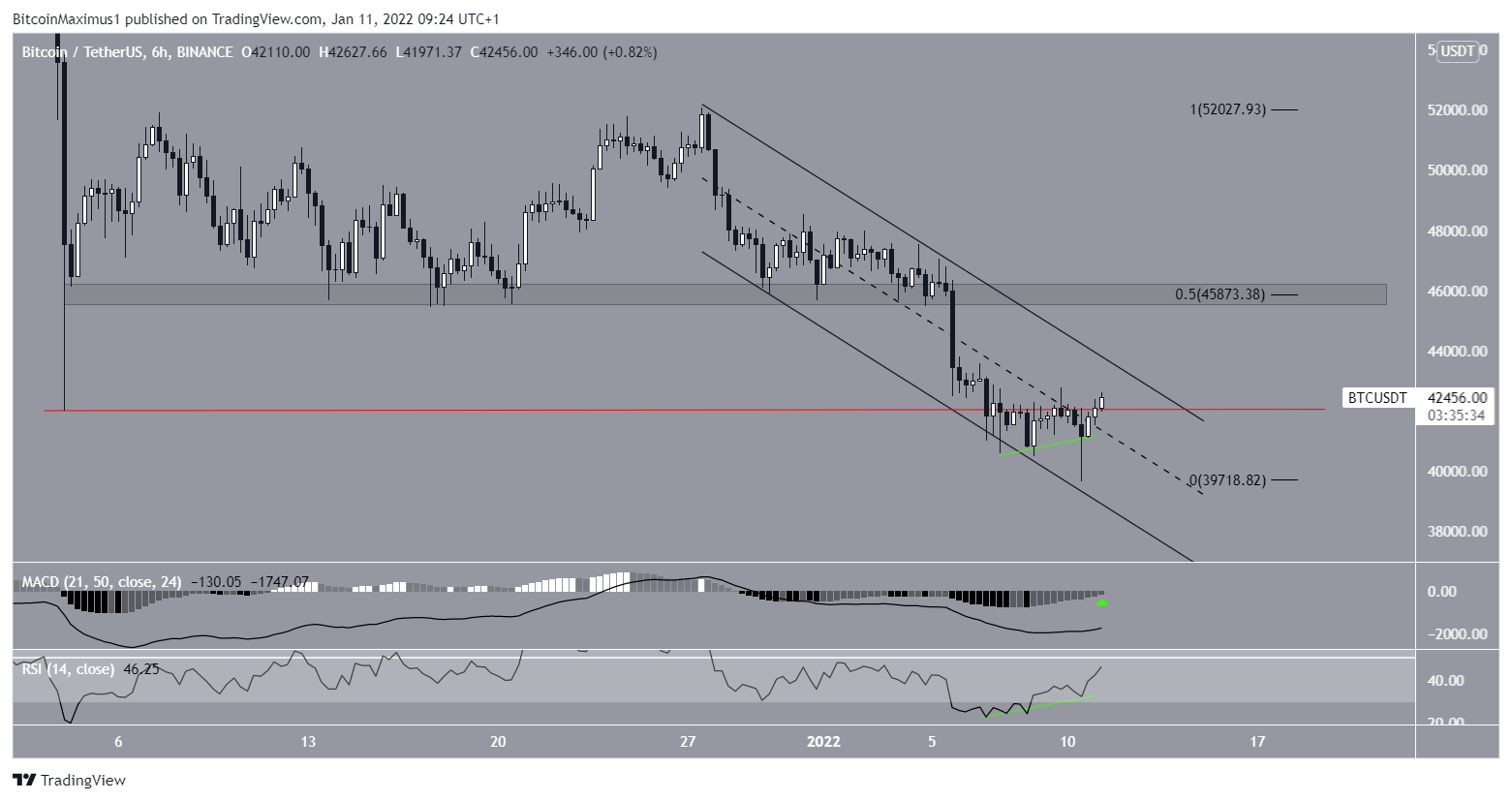 While the long-term wave count is still unclear, the short-term pattern suggests that BTC has completed a five-wave downward move (black).

The sub-wave count is shown in red, and it seems that BTC has either completed the decrease or is in the final sub-wave five.

A potential extension of this sub-wave in which waves 1 and 5 have a 1:1 ratio would take BTC to $36,450 before rebounding. 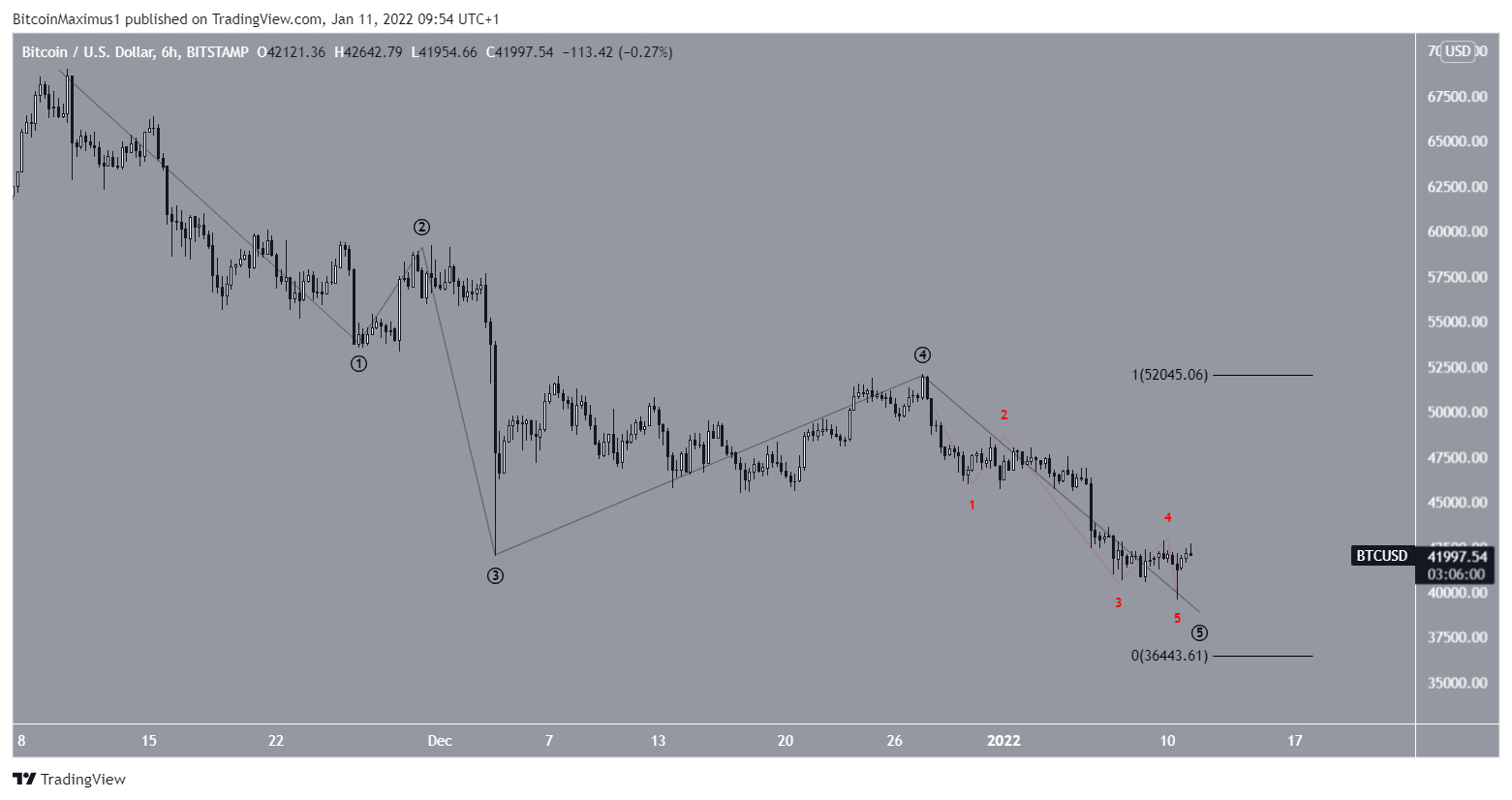 Metaverse fans are paying $300,000 for a virtual property instead of buying a real...

Most Surveyed South Koreans Want the Government to Tax...

‘Being a Currency and a Security Are Not Contradictory,’...

South Korean CBDC Pilot is Now Underway and Samsung is...

Elon Musk Should Listen to Cathie Wood on Bitcoin

SHIB Whale That Already Holds $1.2 Billion Worth of Tokens...

Binance to Pump USD 1B Into Its Chain, Aims for Billion...

A US Federal Jury Says Crypto 'Paycoin' is Not a Security