A rapid increase in the amount of leverage coming from the bitcoin (BTC) futures market could mean that either a short or long squeeze will be seen “in the more immediate term,” according to on-chain analytics firm Glassnode.

“Whilst futures open interest is still some way off all-time-highs, rapid increases in leverage can indicate a clustering of stop-losses and liquidation levels in close proximity to the current price,” Glassnode wrote in its last The Week Onchain report for 2021.

It added that this increase in leverage “adds higher probabilities to a potential short, or long squeeze in the more immediate term.”

“Now funding rising the last few hours as price grinding down..,” bitcoin analyst at mining firm Blockware Solutions, Will Clemente, said, adding that these conditions are more favorable for a long squeeze than a short squeeze.

And while Glassnode did warn that there is a risk of a leverage squeeze in the near term, the firm also noted that trading volumes in the bitcoin futures market have gone down.

The fall in trading volume has been particularly notable in December, with the 7-day moving average of the volume now being 16% below the level at the beginning of the year.

“Thinner volume, and rising open interest (in a concentrated exchange) is a combination that can be favorable to at least a localized leverage squeeze over the coming weeks,” the report said, although it admitted that lower trading activity is typically seen towards the end of the year. 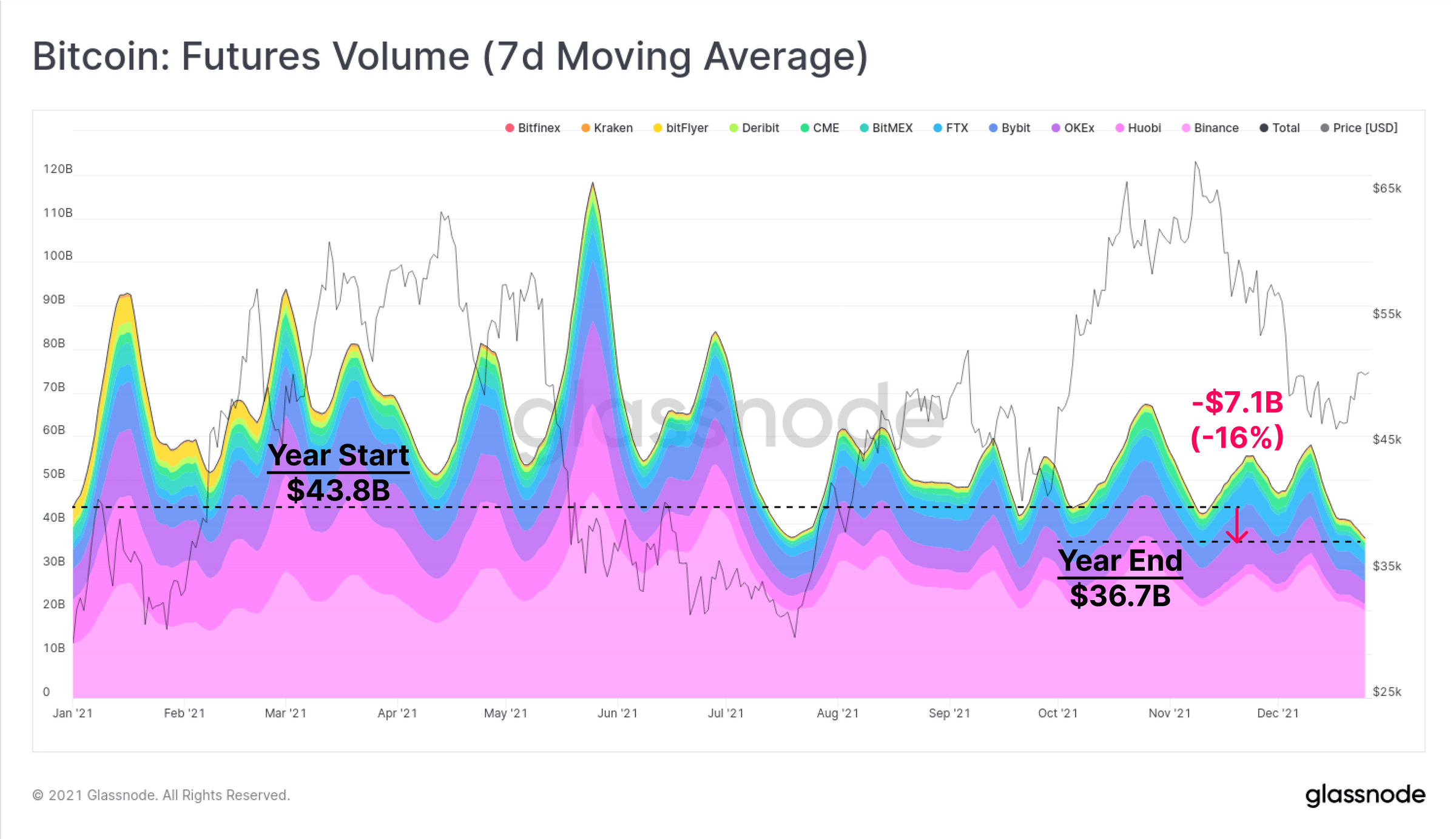 Bitcoin Drops $3K After Getting Rejected at $52K: Ethereum Below $4K (Market Watch)

What is Klima DAO???

What Is A Security Token Offering (STO)?

What Is Cardano (ADA)?

DAO Maker and COTI Technical Analysis: Do Buyers Have a...

What Is Ethereum And How Does It Work?

New Funding Round Could Bring ConsenSys Value To USD 3...