In this article, BeInCrypto takes a look at the seven altcoins that increased the most in the month of November 2021.

However, LRC consolidated in the latter part of the month, trading inside a symmetrical triangle. Such triangles are often considered neutral patterns.

Currently, LRC is trading right at the support line of this pattern which also coincides with the $2.75 horizontal support area. A breakdown from this level could cause a fall to $2.12, or even $1.71. The latter is both a horizontal and a Fib support level.

Conversely, a breakout could take it to a new all-time high price. 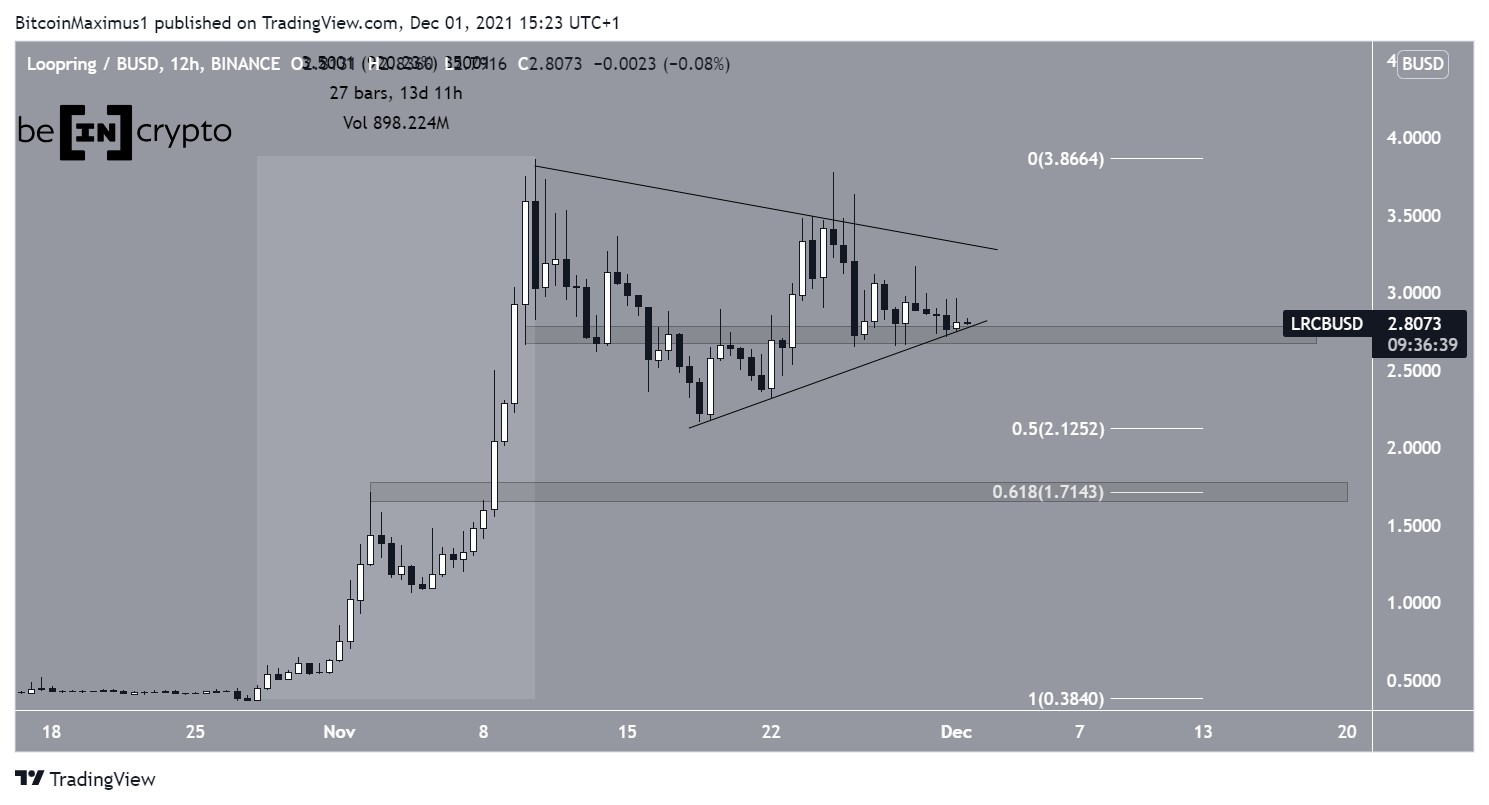 SAND has been moving upwards at an accelerated rate since Nov 10. This led to a new all-time high price of $8.84 (red icon) on Nov 25. The high was reached right at the 4.61 external Fib retracement resistance level (white), which often acts as a top during upward movements.

However, the price has been falling since then. On Nov 29, it created a lower high (red icon). This is a sign of weakness since the previous highs could not be reached.

If the decrease continues, the most likely areas to provide some relief would be found at $5.27 and $4.51. The latter is a stronger support area because it coincides with the 0.618 Fib retracement support level and the support line of a descending parallel channel.

However, it fell back hard on the same day, creating a long upper wick with a magnitude of 35%.

While the price has been falling since, it’s approaching the $2.92 support area, which is also the 0.618 Fib retracement support level.

Despite the lack of reversal signs in technical indicators, this would be a suitable level for a rebound.

The price has been falling since then and is approaching the 0.618 Fib retracement support level — a Fib which often initiates bounces after considerable drops.

The nearest support is found at $988.

While CHR initially bounced (green icon), it has returned to its lows since.

The main support area is found between $0.72 and $0.87. This range is the 0.5-0.618 Fib retracement support area. It seems likely that CHR will be able to bounce back somewhere inside this area. 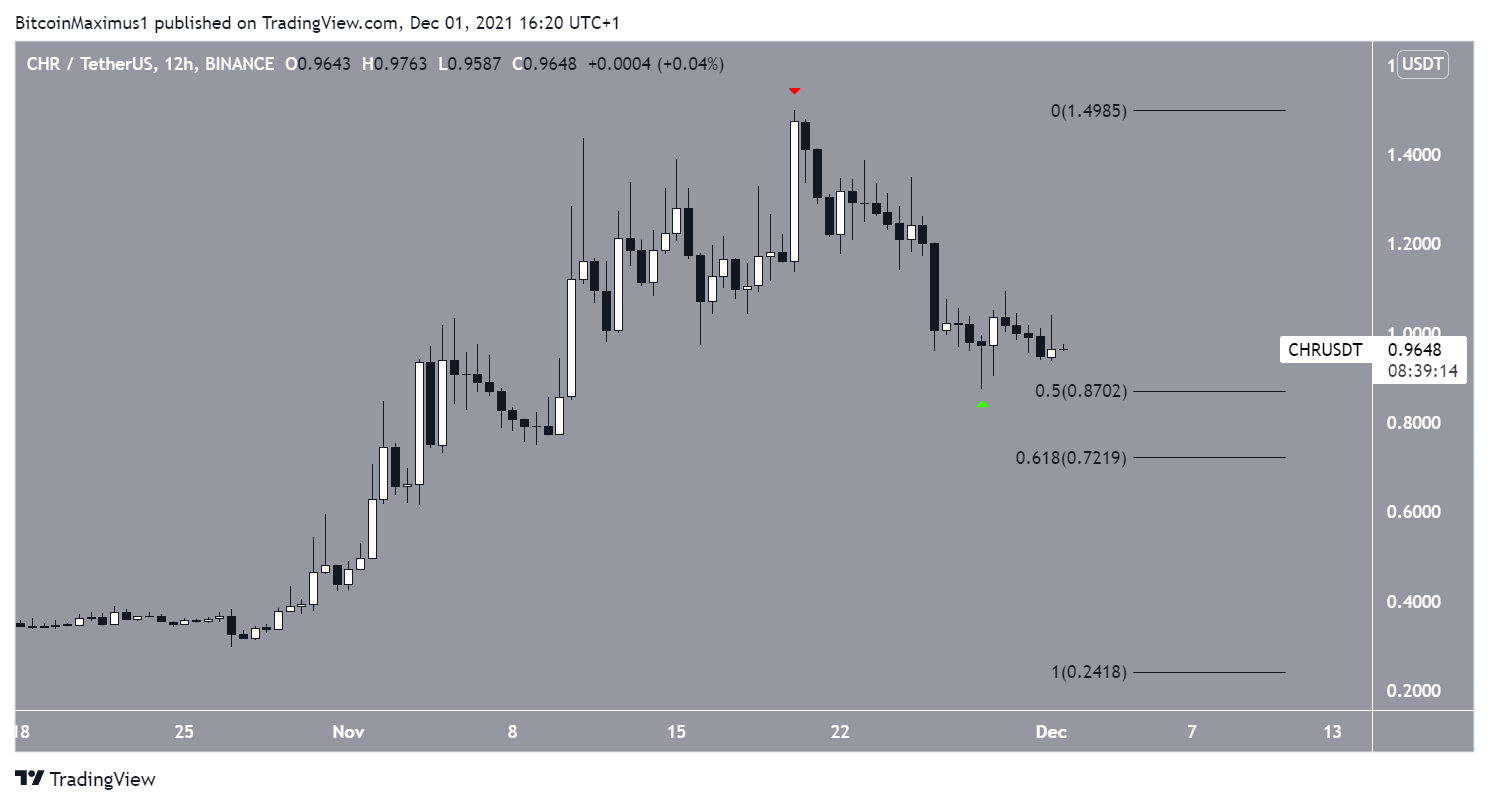 MANA reached a new all-time high price of $5.90 on Nov 25. However, it has been decreasing since then and has reached an ascending support line that has been in place since Nov 10.

It’s currently in the process of breaking down. If it does fall through this ascending support, the closest horizontal level would likely be reached at $3.70. 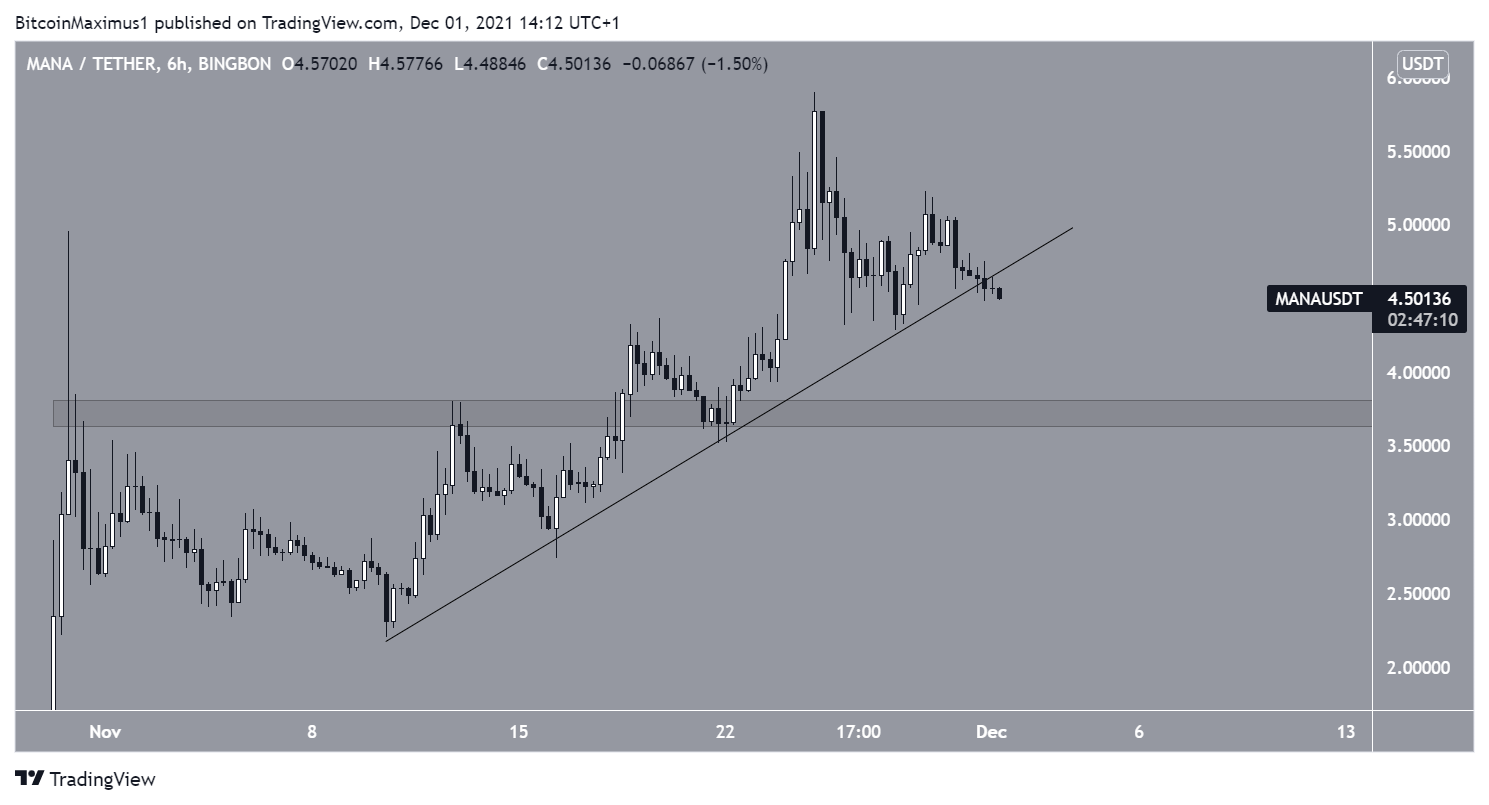 On Nov 26, BAT broke out from a descending resistance line and proceeded to reach a new all-time high of $1.93 two days later.

It’s been decreasing since, but the price rebounded above the $1.50 horizontal support area, which coincides with the previous descending resistance line.

It’s likely that the decrease is part of the fourth wave of a five-wave upward move. Therefore, another leg to the upside would be expected to follow that could take BAT well into new all-time high territory. 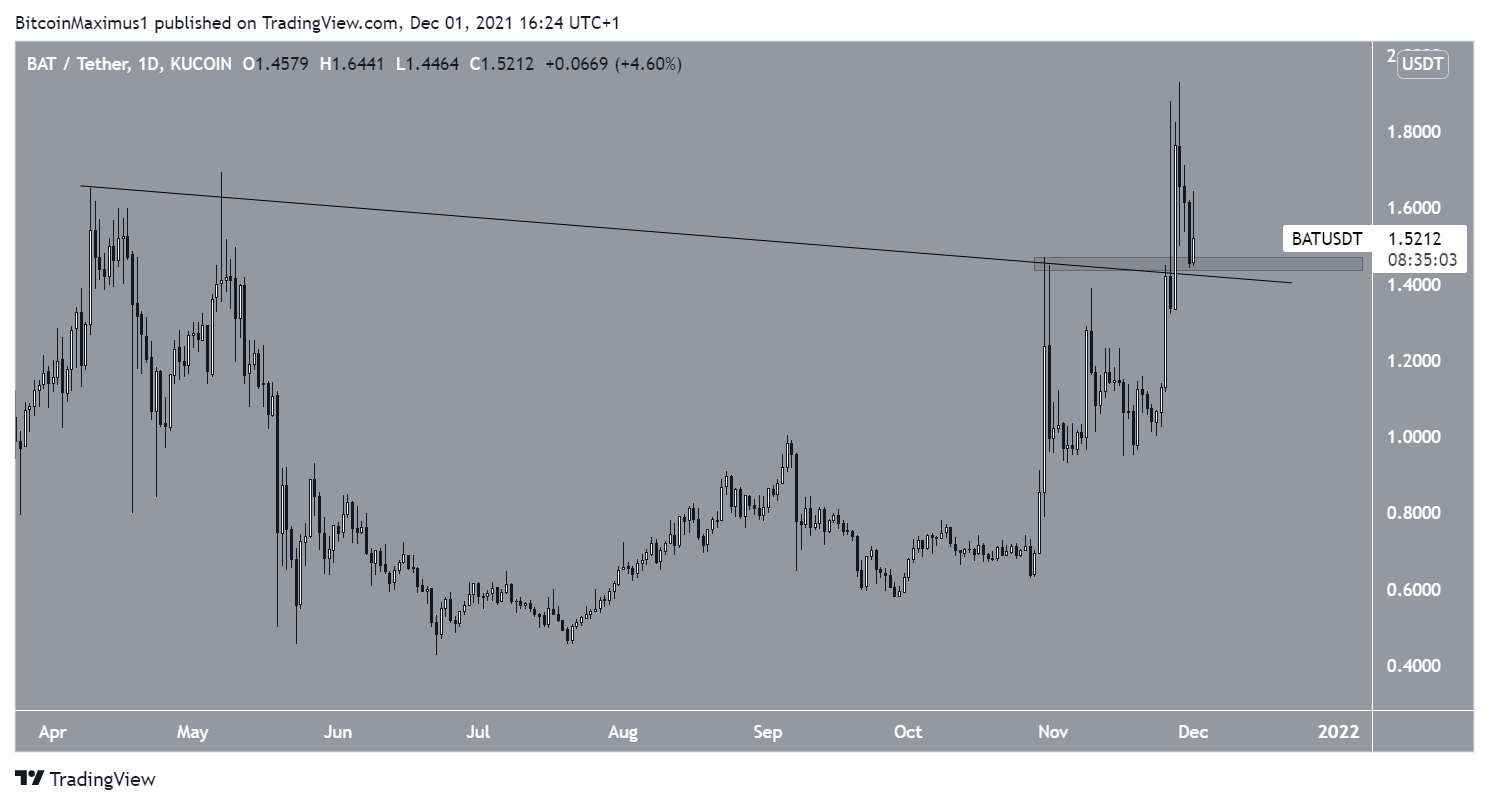 Ex-Chancellor: Crypto Could Give London an Advantage Over European Competitors

What Is Bitcoin SV (BSV)?

What Is Solana (SOL) Coin?

Litecoin (LTC) Is Struggling to Get a Bullish Momentum

Bakkt Users Will be Able to Spend Bitcoin via Google Pay

US athletes could be banned from trying out digital yuan...

Ethereum Fees Get High with Stoner Cats, Then Swiftly Drop

Crypto Coin Bitcoin SV Appears to Have Faced a ‘51% Attack’